Professional Advisor steps up to vacate the role left by Roger Chapman, ushering a new generation of social care workers

Roger’s book, ‘Undertaking a Fostering Assessment’, has been widely used throughout the country acting as a blueprint for the assessment process. To ensure a future for Form F Assessments, Roger Chapman has mentored Rinisha Tailor to step into this role when he retires next month.

Working at Carter Brown, a leading UK expert witness assessment service, for the past 10 years, Rinisha Tailor is a qualified social worker with over 15 years of experience in providing high quality care and support to people who are socially excluded.

With vast training experience within frontline social workers, support teams, children’s disabilities and parenting assessments, Rinisha has a wide knowledge base that she will be bringing to Roger’s role.

Rinisha said: “In my career, I have tried to gain experience in a breadth of different areas which has made my understanding and perspective well rounded.

“Training and development is an area I have thoroughly enjoyed in my career so to have this opportunity to take over from Roger Chapman is an honour.

“As social workers, any decision we make no matter big or small directly impacts on a child and that to me is always at the forefront of everything we do at Carter Brown. When you are working day-to-day, it can slip people’s minds but with the Form F training, I am hoping I can act as that voice to remind people to keep the child at the centre of everything.”

Discussing her mentoring with Roger, Rinisha said: “I have been working alongside Roger for the last month and during this time, I have been able to add my own spin on the training.

“Personally, I feel his work around analysis is so impactful. As social workers, I have noticed people often struggle with writing analysis and one of the great things about this training is the way it gets you to think differently about it.”

Looking ahead to delivering Form F Assessments, Rinisha said: “You say the name Roger Chapman and immediately people from the industry know who he is. I have always sworn by Roger’s books and I remember the first time writing a Form F assessment and thinking his book is the equivalent of a bible. To be trained and mentored by Roger and to take over his role is such a privilege and opportunity that I am thankful and grateful for.”

Since becoming a qualified social worker in 1980 and independent social worker in 2006, Roger Chapman is now retiring after nearly a decade of delivering two-day training courses on Form F Assessments at Carter Brown.

Reflecting on his career and time whilst mentoring Rinisha, Roger said: “After four years of hosting Form F assessment training, I am happy and feel more than confident to be able to pass this role on to Rinisha. We have worked closely together over the last month or so looking at the different elements of the training and I know Rinisha has a wealth of knowledge and information in this area of work and in training in general.”

Carter Brown is now a part of the Antser Group, known as the leading UK expert witness assessment service for providing high-quality reports to local authorities and solicitors within family and criminal court proceedings 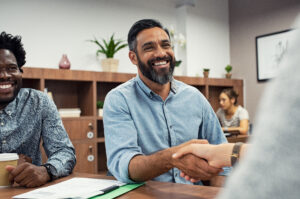 Dr. Oludare Askeun, Consultant Psychiatrist and Independent Expert Witness at Carter Brown, part of Antser, recently sat down with us to share the experiences that 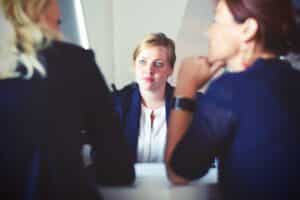 Tanja Satterthwaite, Consultant Paediatrician and Independent Expert Witness at Carter Brown, part of Antser, recently sat down with us to share the experiences that have 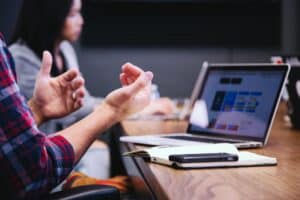 To celebrate National Apprenticeship Week, an annual event that takes place across England celebrating the positive impact apprenticeships have on individuals, we sat down with