In the latest developments concerning the proposed replacement of the Deprivation of Liberty Safeguards, and in preparation for the amendment’s passage through the Houses of Commons later this month, the government have issued a definition of ‘deprivation of liberty’ in a bid to provide clarity to practitioners.

The creation of this definition was the result of a demand  for ministers to enact a statutory definition in order to provide greater clarity to practitioners who will be implementing the changes.

It came as a surprise to many that the definition is expressed negatively, setting out when a person would not be deprived of their liberty:

In this Act, references to deprivation of a person’s liberty have the same meaning as in Article 5(1) of the Human Rights Convention and, accordingly, a person is not deprived of liberty in any of the circumstances described in subsections (2) to (4).

(2)    A person is not deprived of liberty in a particular place if the person is free to leave that place permanently.

(a) the person is not subject to continuous supervision, and

(b)  the person is free to leave the place temporarily (even if subject to supervision while outside that place).

(a) the arrangements alleged to give rise to the deprivation of liberty are put in place in order to give medical treatment for a physical illness or injury, and

(b) the same (or materially the same) arrangements would be put in place for any person receiving that treatment.

Despite the publishing of this definition, various organisations, including mental health charities and the Labour party, have suggested that the legislation is being rushed, and have warned that the changes will hand care home managers and private hospitals far too much power.

The DoLS crisis initially took hold in 2014 when a Supreme Court judgment dramatically expanded the definition of those who should be subject to DoLS assessments to ensure they were not subjected to excessive restrictions. This has resulted in a huge case backlog of 125,000 uncompleted assessments by the end of 2018.

This criticism was quickly rejected by the Department of Health and Social Care, who stated that clearing the backlog under the current system would cost a hefty £2billion, and that the new ‘streamlined’ process would allow for the backlog to be managed much more efficiently.

The amendments were discussed at the bill’s committee stage in the House of Commons, which began last Tuesday (15 January) and involved line-by-line scrutiny of the legislation by a group of MPs. This ran until the 24th January, and is now due to return to the full House of Commons for its report stage and third reading. It is understood that the government wish for a final version of the bill to be agreed between the House of Commons and the House of Lords by the end of March. 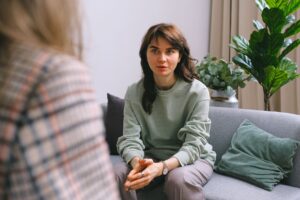 Katie Hinds, Consultant Psychologist at Carter Brown, sat down to share the experiences which have motivated her to support better outcomes at Carter Brown throughout 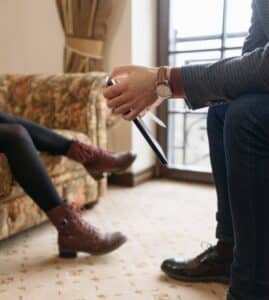 Dr Eldad Farhy is an Independent Expert that offers psychological assessments and advice to Carter Brown on a case-by-case basis.

Elisabeth Robson, a Clinical Psychologist and Independent Expert Witness at Carter Brown, sat down with us to share her experiences that have motivated her to